In the early 1970s, after achieving international fame with Massey College in Toronto and Trent University in Peterborough, architect Ron Thom did not let moss grow under his feet.

As the leader of the team that would deliver the gigantic Metro Toronto Zoo in the upper corner of Scarborough, a 1971 Globe article quoted the “brilliant young architect” (then 48) describing the pavilions as follows: ” These things have to look straight to animals before they look straight at people. Buildings should blend into the landscape. Of the old Riverdale Zoo, he added, “I consider it an animal prison.”

Those thoughts, minus the animals, must have been with him when he put pencil on paper to design a house for Canadian General Electric CEO Walter Ward around the same time.

Overlooking the village of Mount Pleasant near Peterborough, the low-slung and very little prison-like house is part Prairie Style, part Asian temple, part complex of just under 4,000 square feet and all the art of Ron Thom, although the Thom partnership was so busy then – the Japanese-inspired Prince Hotel in North York and the Shaw Festival Theater were also said to have been in development – the architect had to call on his former colleagues to secure help.

â€œRon couldn’t help but make homes for clients, even though it took time for the more important work in the office. So he was working on the design at the house in the evenings, â€says architect Bill Lett Sr., who worked under Dr. Thom during the Trent University era in the 1960s. Mr. Lett’s new firm, Lett / Smith Architects, which he established with Peter Smith in 1973, was “hungry for work”, he was only too happy to prepare “final design drawings and working drawings. And oversee the permitting process and construction. (by Huffman) for Mr. Ward’s house. 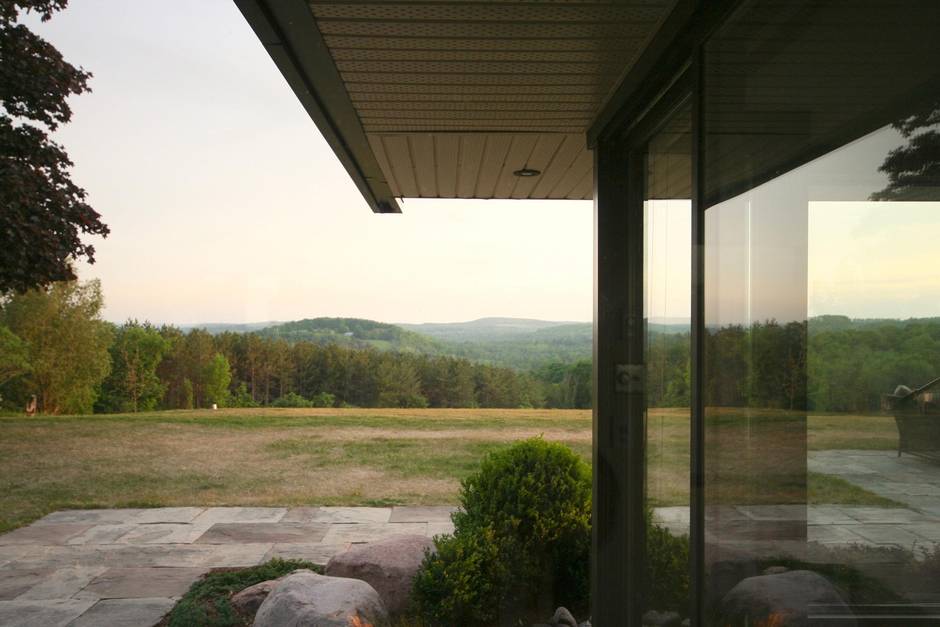 The house has been designed to blend in with the landscape. â€œThe view changes every day,â€ says current co-owner Dan McWilliams.

Mr. Ward was a dream customer with money to spend. Starting his career in the early 1930s at age 17 on the GE assembly line in Peterborough, he had worked to lead the expansion of the European branch of GE Switzerland in 1964. In 1968 he returned to Canada and bought 146 Warren Rd. in Toronto to operate the Scarborough plant, which manufactured nuclear reactors and steam turbines. Soon after, he returned to Peterborough to lead the operation there and ask Mr. Thom to design the house of his dreams.

His introduction to Mr. Thom was established long before that. In 1962, Mr. Ward was one of the first six members of the Trent University Board of Trustees. That same year, he personally handed over title to the first 100 acres of land along the banks of the Otonabee River – a donation to GE’s school – which made Mr. Thom’s masterpiece possible. , Champlain College, which opened in 1967 (the first students attended a downtown Peterborough campus in 1964). 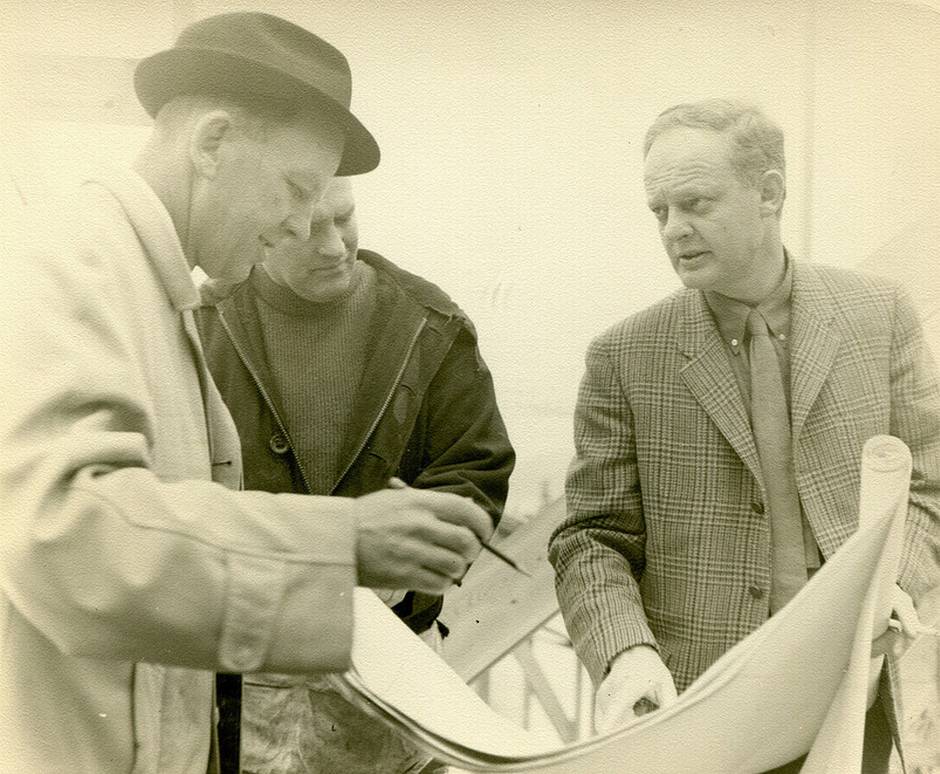 Ron Thom (right) with clients in 1972. (Courtesy of the Thom family)

And speaking of huge plots of land, Mr. Ward had for some time owned the one he showed Mr. Thom in the early 1970s. Comprised then of 283 acres and called Mill Pond Farm, current owners Dan and Ginny McWilliams, who knew Mr Ward before his death in 1994, say the Ward family visited him often. â€œThey picnicked here for awhile just to watch the sun go down and come up and that sort of thing,â€ says McWilliams, who bought the house ten years ago from the third owner.

â€œThe view changes every day,â€ he adds. â€œYou wake up in the morning and you can’t see the valley because it’s foggy. “

When the valley is visible, it’s spectacular, of course, since the house sits 275 feet above its floor. Interestingly, the view isn’t marred by power lines: Mr. Ward buried them all, along with heating cables under the yard and driveway of the house so he didn’t have to shovel snow. . 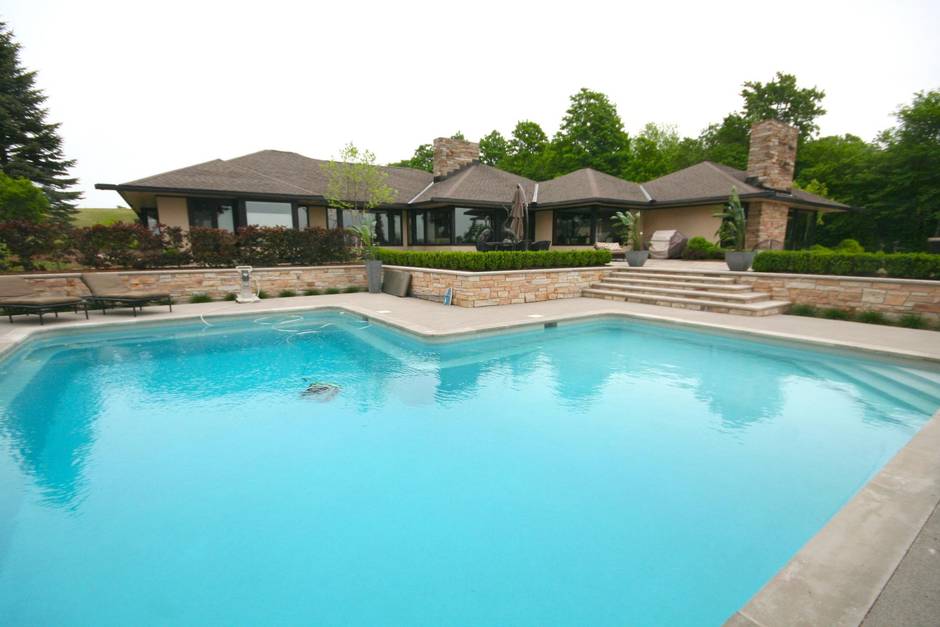 Built for GE Canada CEO Walter Ward, the roof lines resemble the African pavilion at the Toronto Zoo. (Dave LeBlanc for The Globe and Mail)

And if one doesn’t care about the rolling hills of Peterborough County, there is plenty of stunning architecture to explore, as Mr. Thom’s work remains largely unchanged. For example, a series of rhythmic stone columns, similar to those added by the architect to the Termuende Residence in West Vancouver in 1960, greets approaching visitors. A trellis walkway in a tree-shaded courtyard guides them to a groovy, chunky-patterned double front door.

Inside, the high-ceilinged rooms don’t really communicate via hallways (although there are a few) but rather tie together in a languid, rambling way. It’s as if a series of boxes are lined up on a slippery floor, and as they all start to pull away from each other, the floor has solidified. So although the house is loosely L-shaped when viewed from above, it looks more like a slippery snake than the usual rigid Tetris block (the pool is a rigid L, however). Seen from the small hill that protects the house from the road, the hipped roof looks a bit like the African pavilion at the Toronto Zoo. 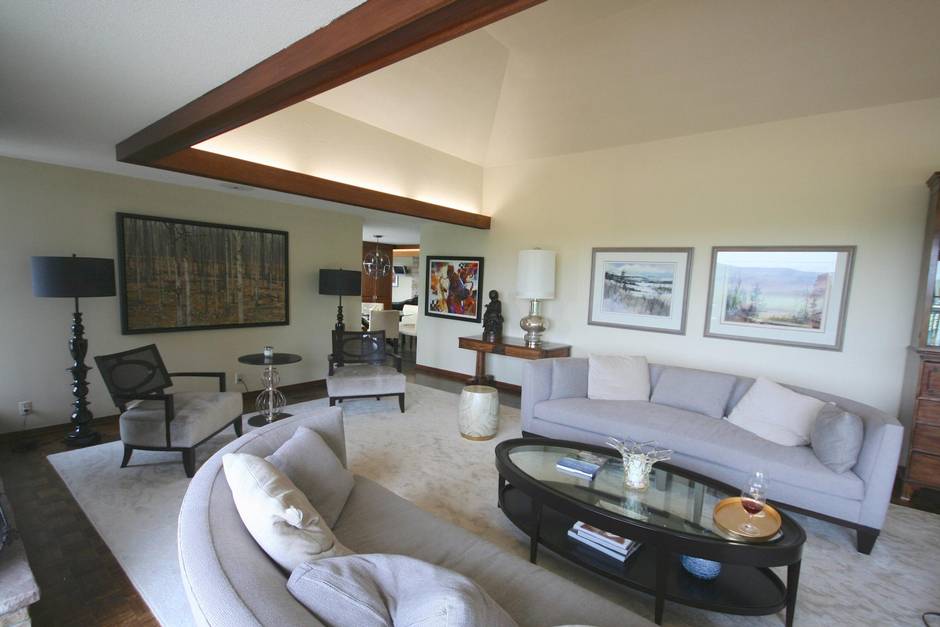 The high-ceilinged rooms are linked in a disjointed manner.

And because Mr. Thom was born where modernism came more naturally, in British Columbia, those rhythmic pillars that define the facade weave behind the glass to enter the interior and blur the line between interior and interior. ‘outside. Fireplaces do it too. Plus, massive windows dissolve hard corners at every opportunity, and sliding doors are everywhere, including one in each bedroom.

In rooms with high vaulted ceilings, a collaboration between the two men – one a skilled artist and the other an electric wizard – resulted in a mahogany lighting valance that conceals dimmable fluorescent lights . Still working today, Mr. McWilliams loves them: â€œNo one has seen it before,â€ he says, flipping the switch.

The empty birdhouses are both relieved, however, that a previous owner turned Mr. Ward’s old billiard room, which featured a built-in exhaust fan to drain it of cigar smoke, into a dining room; it’s the perfect size for the gorgeous antique table that came from their pre-Confederation home in downtown Peterborough.

â€œEven though it looks a bit modern, it still has a family look, it’s very warm,â€ says McWilliams. â€œWhen you light the fireplacesâ€¦ and the outside comes in, like in winter, the snow is there, but you’re still warm and cozyâ€¦